Assigning a pre-made team to a job

To assign a pre-made team to a job, you first need to create a team. After a team is created, select it in the Assignee field when adding a job. 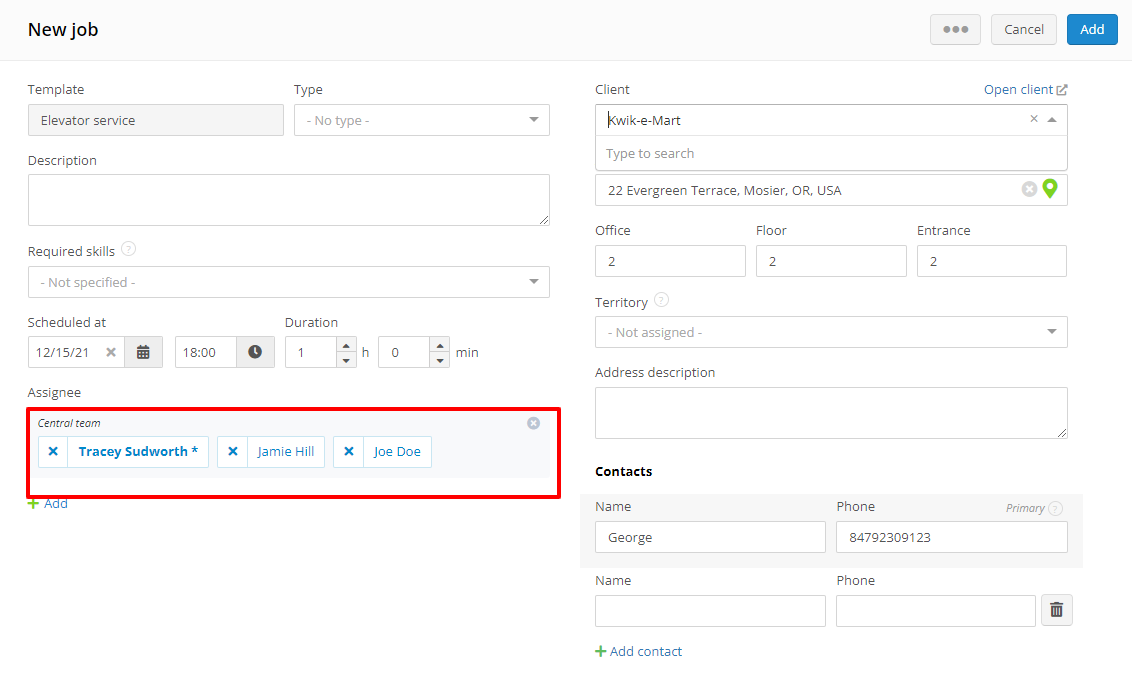 Teams just like other workers can be seen in the schedule. 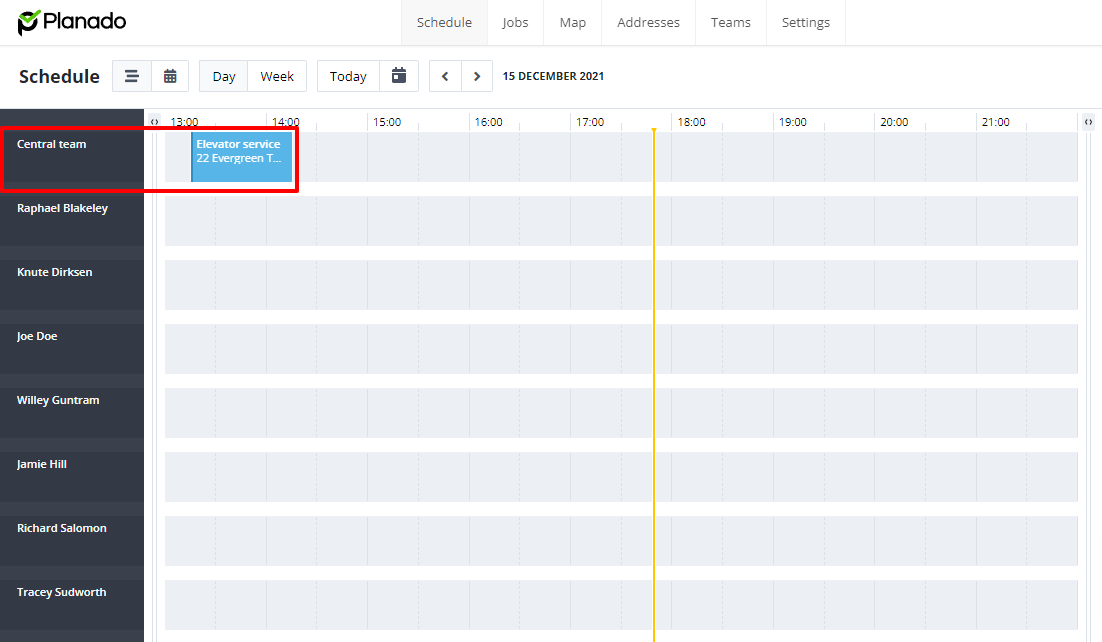 Only a foreman can complete team jobs. A foreman will have a bold font in the assignee field listing.

If a worker is a foreman for a job, they will have buttons to start and en route jobs (left screenshot).

If a worker is just a part of a team but not a foreman, they will be able to view a team job in their mobile app but will not be able to change it (right screenshot). 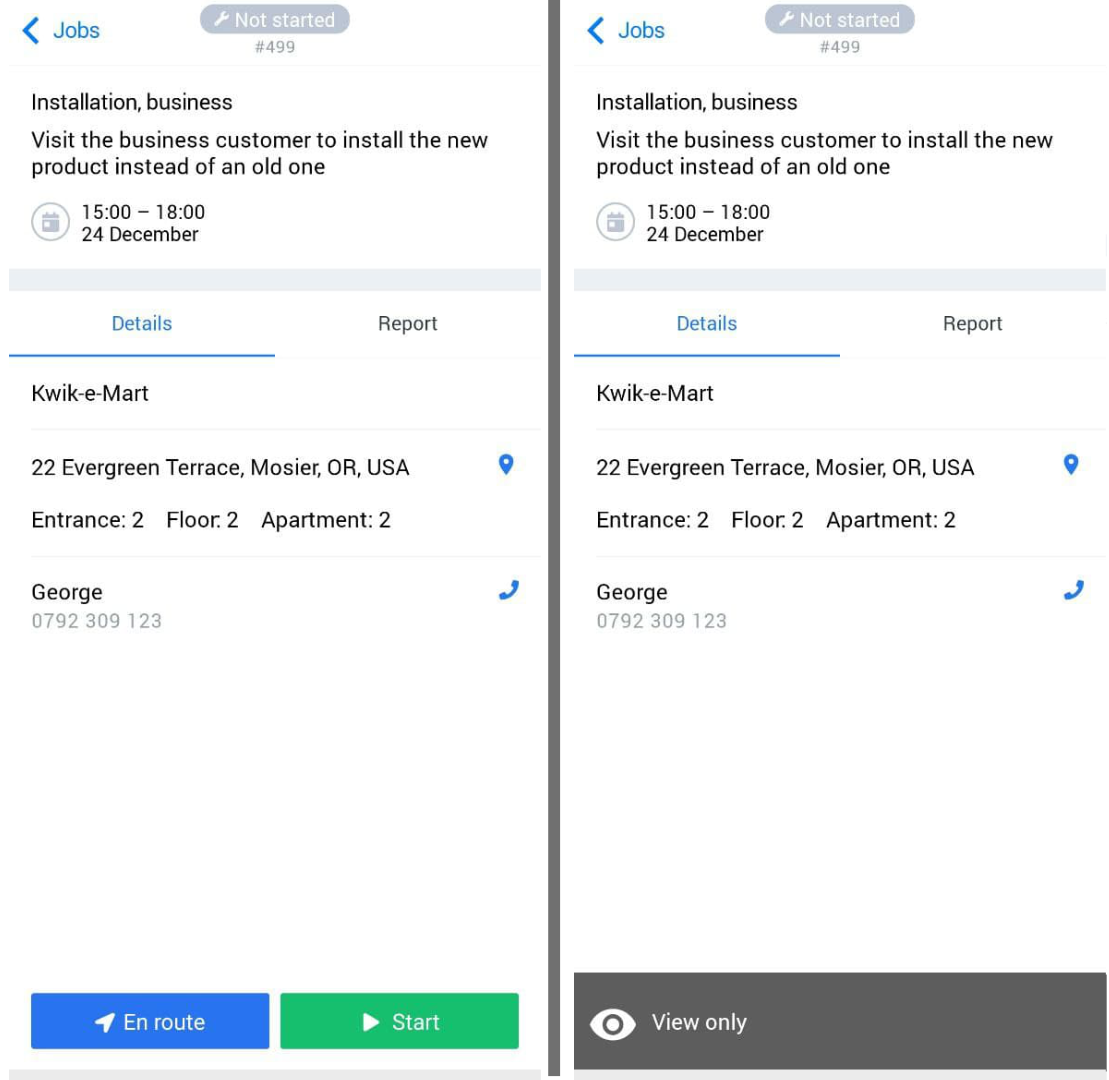 If a worker is not a foreman they cannot edit the job, nor finish it, even if they have permission to complete jobs in the mobile application. All the actions with the jobs assigned to teams can be done only by the team foreman.

One worker can be at the same time:

Assing a job to a newly created team

Instead of creating a pre-made team, you can form a team when creating a job.

This method is useful in cases when team members for a job are set right before creating a job or when you need to add or remove members from a pre-made team.

To form a team, open the job creation window.

In the Assignee field select a worker or a team. To add extra workers, press the Add button and select assignees. 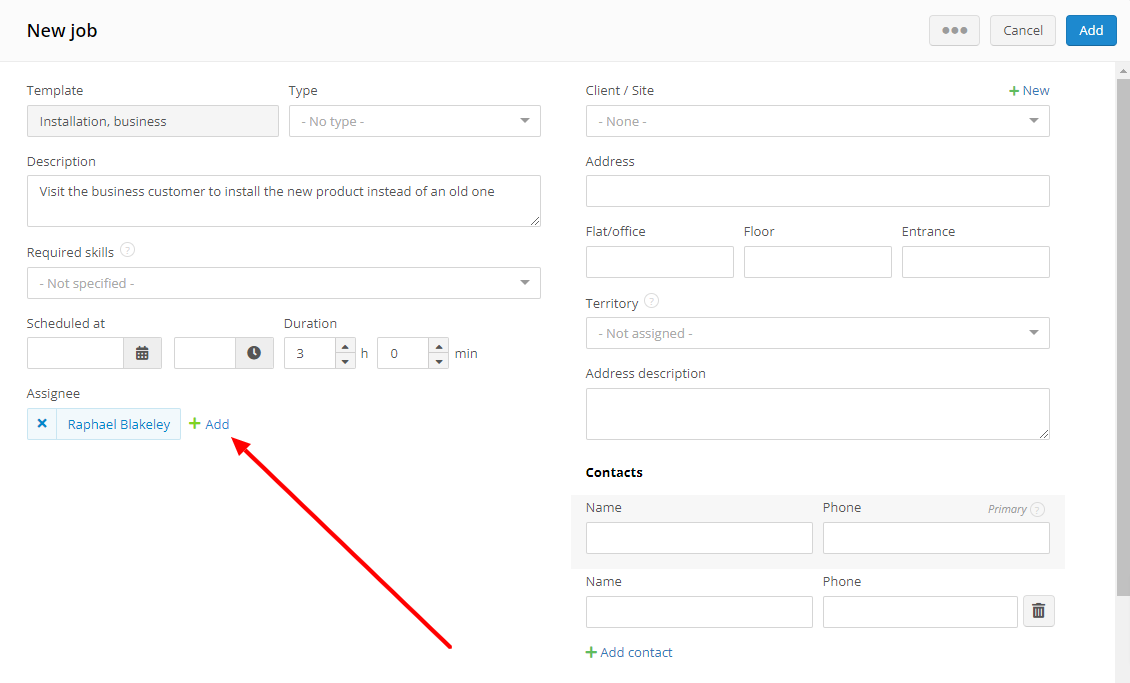 Extra workers in a job

To remove a worker, press the cross button on the left side of a worker's name.

Removing a worker from a job 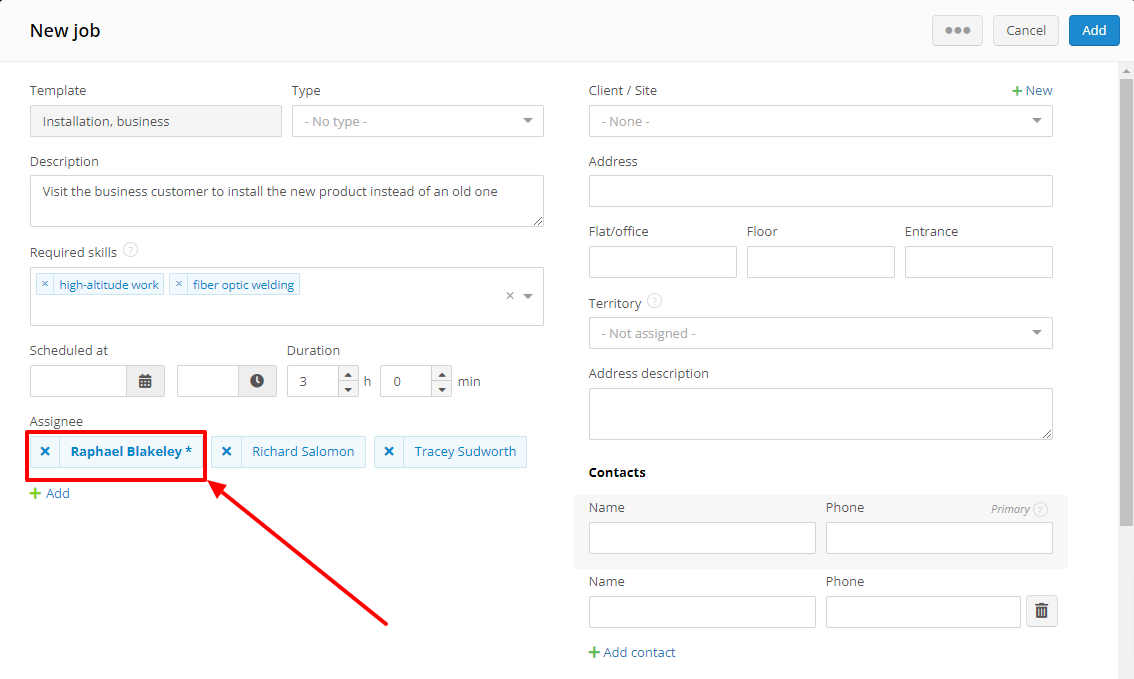 It is necessary for at least one worker to have paid seat (permission to complete jobs in the mobile app).

To learn more about creating teams and working with them, read our article Create and edit teams.

If you need any help, leave us a ticket or write to our email address: support@planado.app.